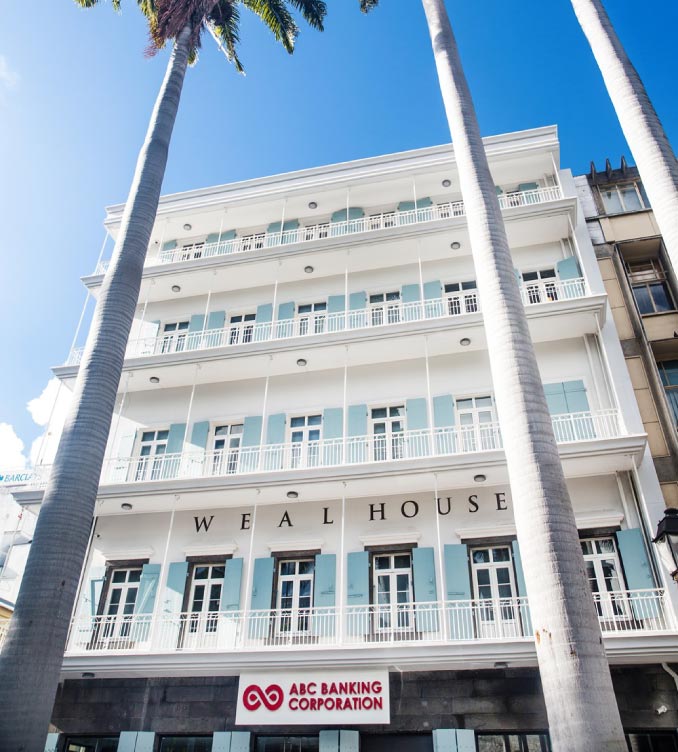 ABC Banking Corporation has over the years become a hallmark of quality and effectiveness in the highly competitive financial sector of Mauritius. As part of its development strategy, the bank made the acquisition, in March 2017, of two historical buildings situated adjacently to its Headquarters, namely Plantation House and ex-Merven Building.

The same year, ABC Banking Corporation achieved another step of its long-term expansion with the opening of its Representative Office in Hong Kong.

In 2018, the bank’s Private Banking Lounge, the Sir Jean Moilin Court, was inaugurated in the ex-Merven building.

As a result of its rapid growth and development, its successful performance and steady progress, ABC Banking has been receiving prestigious international trophies, namely from the Euromoney Magazine, the Global Banking & Finance Review, the Global Brands Magazine and Capital Finance International Magazine such as, the “Fastest Growing Banking Brand, Mauritius” and “Most Innovative and Fastest Growing Bank in the Indian Ocean - 2018”.

ABC Banking Corporation is listed on the Development and Enterprise Market (DEM) of the Stock Exchange of Mauritius (SEM) since January 2016.